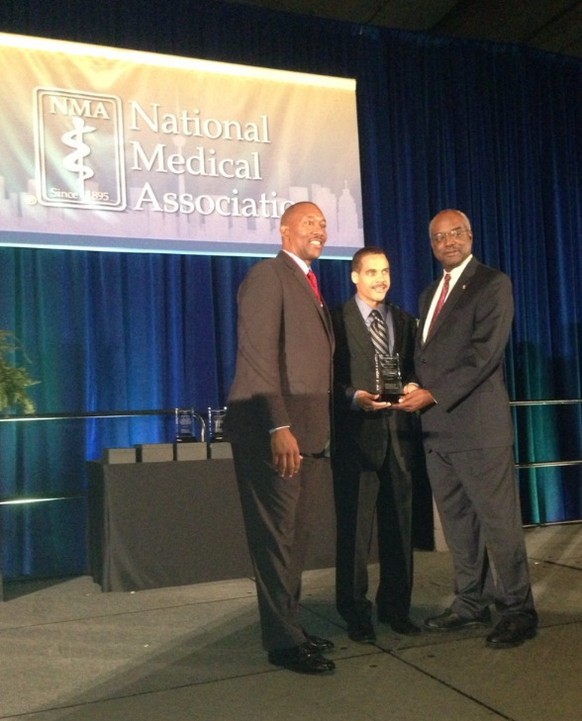 The Board of Trustees of the National Medical Association has wisely chosen Warren S. Hutchings, M.D. to be a recipient of the NMA 2013 Practitioner of the Year Award. The Award will be conferred, on Saturday, July 27, 2013, as the National Medical Association (NMA) formerly convenes its 2013 Annual Convention and Scientific Assembly in Toronto, Canada.

This honor is awarded to those who have dedicated their life to improving the health of others. George Saunders, MD, Chair of the NMA Board of Trustees, believes that Dr. Hutchings has shown exemplary leadership and outstanding work as a physician. Dr. Hutchings is being recognized for his dedication and tenacious efforts in educating physicians and health care providers; and for all his work impacting the minority community. Warren S. Hutchings, M.D. is a native of Macon, Georgia and is a practicing family physician in his hometown. Dr. Hutchings entered Vanderbilt University to pursue a career in medicine. After completing his junior year, he entered a premed summer program at Howard University which strengthened his interest in medicine. He chose Morehouse School of Medicine due to its strong commitment to primary care. After graduation in 1990, he returned to Macon, Georgia to complete his residency in Family Medicine. Since 1993, he has been a family physician in Macon Georgia.